Which MASH Character Are You? 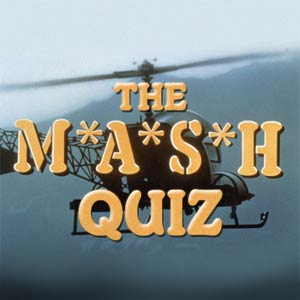 About the M*A*S*H Quiz

The M*A*S*H Quiz was first released on February 26, 2002. Within two days, it had reached well over 500 web users and was introduced to a key sub-category of the Yahoo directory (which took some doing back in the day). From there it began to tick over with an average of 100 visitors each day. By the end of 2004, it had reached a total of 115,000 unique visitors. That was over a decade ago, when I stopped counting.

But enough number-crunching and showing off. The fun-ambulance has just arrived in the compound and you’re here to find out which M*A*S*H character you most represent. To begin triage, all you have to do is answer a few questions and click a button. Let’s go, people…

QUIZ: Which MASH Character Are You?