Departure: the debate is already skewed in Blair’s favour

Sorry, but I have to begin with a cross between a timeline and a linkdump:

Which pretty much brings us up to date, with the exception of this brilliant blue-sky thinking from the same crowd that brought us the brilliant notion that voters abandoned Labour at the last election because; “people were angry with Tony because they love him so much, and they are angry because they think he might go.”

The Mirror – Exclusive: How Blair will go: A sensational memo leaked to the Mirror reveals how Labour experts are planning Tony Blair’s exit from No10. The retirement blueprint aims to promote the “triumph of Blairism” and allow the PM to quit on a wave of euphoria after 10 years in office. The secret strategy – drawn up by a small group of loyalists – is well under way… He last week failed to end speculation over his retirement date when he ruled out naming the day at Labour’s annual conference in Manchester later this month. He pointedly accused Cabinet Ministers and Labour MPs, led by Mr Brown, of “obsessing” over the timing. Yet the No 10 memo reveals how the issue is dominating thinking deep inside the Downing Street bunker. Iraq also continues to cast a long shadow over the Premier’s record, the document openly acknowledges. It says: “We need to incorporate this into our media plan. It’s the elephant in the room, let’s face up to it.” The memo concludes: “Most importantly, are we up for it? Is TB up for it?”

I have no doubt that facing up to Iraq will involve an ‘open debate’ much like this one, where the elephant in the room is carefully portrayed as follows: 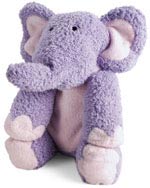 On the face of it, there appears to be a lot of ground changing hands, but – in reality – Blair has already won this argument… because none of the main players are talking about the need for handcuffs.

BBC – Minister joins Blair exit demands: One minister and four government aides are among 17 normally loyal Labour MPs who have written to Tony Blair urging him to quit. The MPs – including junior defence minister Tom Watson – say they want an end to uncertainty. Senior minister Hilary Armstrong later said Mr Blair would be gone by the time of the 2007 Labour conference. Forty-nine Labour MPs have so far signed a statement saying they are satisfied with a 12-month timetable. But others – including a group of Labour MPs elected in 2005 who are thought to be drafting their own letter to Mr Blair – want him to quit immediately.

UPDATE (6 Sep) – Don’t think for a second that the fat lady is singing; so far, all we’ve heard is a fart from the usher…

Independent – MPs tell Blair to come clean on date of departure: Tony Blair has been hit by an open mutiny among previously loyal Labour MPs who are threatening to force him out of Downing Street unless he agrees to stand down soon.

Independent – A question of timing and tactics in a pointless fight: At Westminster, the clamour is growing for Mr Blair to lay out some sort of “timetable” for his departure. Such a timetable would make Mr Blair even more of a lame duck then he is at present, and he knows it. It would not quell speculation about his departure and his successor, merely intensify it. These demands are also spurious. The MPs responsible plead that they simply want some clarity regarding Mr Blair’s plans, but their real intention is to ease him nearer the exit without appearing overtly disloyal.

PA – Blair to quit in a year – Miliband: Speculation over Tony Blair’s future was fuelled as one of his closest Cabinet allies said he expected the Prime Minister to leave office within the next 12 months. Environment Secretary David Miliband said it was “reasonable” to suppose the PM sees himself staying in 10 Downing Street for about one more year. The comment, coming from the arch-Blairite former head of the PM’s policy unit, sparked instant speculation in Westminster that he had been authorised to speak out to clear the air over Mr Blair’s plans and stave off backbench rebels. But the PM’s official spokesman said only: “David Miliband has said what he believes the conventional wisdom to be and what that means. So be it, that’s his right. We have nothing more to say. Cabinet ministers will say what Cabinet ministers want to say.”

Hm… how about that? The folks at the Sun are free to say what they want to say, too… and here are the numbers that they ‘pulled out of the air’…

Downing Street Echo – Blair tells aides he quits May 31: Tony Blair will leave 10 Downing Street for the last time as Prime Minister more than a decade after his historic 1997 landslide win. The Sun can reveal that he has finally decided to step down as Labour leader on May 31 next year – exactly ten years and 30 days after becoming PM.

Guardian – Blair’s offer: I will go in a year Brown: that’s not good enough: Gordon Brown made clear yesterday that Tony Blair’s coded offer to leave Downing Street within the next 12 months was not good enough. Allies of the chancellor said that Mr Brown was demanding that the prime minister set a timetable for his departure and make the details public. Mr Brown also wants Mr Blair to rein in the chancellor’s critics, such as Stephen Byers and Alan Milburn, who have been making speeches and writing newspaper articles arguing that Blairite reforms be continued after he has stepped down.

BSSC – That Non-Existent Timetable In Full

UPDATE (6 Sep 11:33am) – A heads-up via Wibbler…. Tom Watson has resigned from his position as Under-Secretary of State for Defence and Minister for Veterans. Waiting for Iain Dale to take credit in 3, 2, 1…

Sky News – Blair To Go ‘Next Summer’: In the first political move of the day, Labour MP Tom Watson resigned as a junior defence minister, saying that it was not “in the interest of either the party or the country” for Tony Blair to remain in office.”

Tim is the sole author of Bloggerheads.
View all posts by Tim Ireland →
This entry was posted in Tony 'King Blair. Bookmark the permalink.

3 Responses to "Departure: the debate is already skewed in Blair’s favour"