It’s time for the Conservatives to take bullying seriously 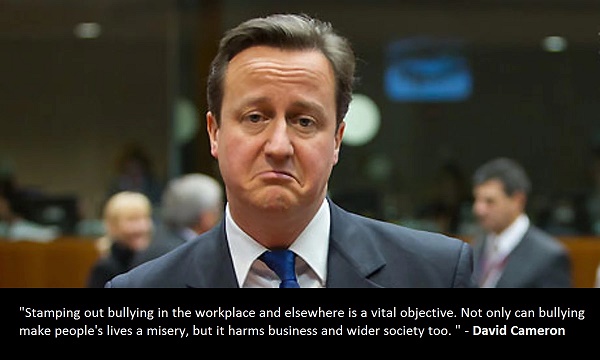 The Conservative Party is a deeply tribal organisation, which might in part explain why outsiders are targeted with bullying so often, and why the party apparatus at a local and national level works so effectively to protect those doing the bullying. However, it is now clear that the problem is so pronounced that bullying happens within party ranks, and to such an extent that tragedies unfold before anything meaningful is done.

I work in a youth organisation where it is seen as vitally important that those in a position of responsibility recognise bullying when it is happening and take immediate measures to address the problem quickly, sensitively, and intelligently. In fact, bullying is taken so seriously that the relevant training is a requirement for all adults caring for young people, and I will stress here that we are not trained to wait for a complaint before we act (for reasons that should be obvious to anyone who has experienced bullying as a child or adult).

In political campaigning, passions run high and many young people seek to get involved, but I will bet you dollars to donuts that no such training is set as a requirement for candidates, campaign leaders, and/or fundraising executives. In fact, I am painfully aware of situations where bullying from Conservative members/activists has become rampant, but the Conservative Party have refused to conduct an internal inquiry or consider any corrective action because (a) an email was sent reporting the behaviour but they demanded a complaint ‘in writing’, (b) the target of the alleged bullying had not submitted a complaint themselves, (c) police had decided not to take action about a single incident reported to them in the course of the wider bullying, and – my very favourite – (d) an election was in progress at the time, and there were concerns that acting on the complaint might harm the chances of the party and its candidates (two of whom were directly involved in the alleged bullying).

It is sometimes the case where bullying is so out of control that MPs engage in bullying behaviour to intimidate their own constituents. I know of one incident where a constituent sought to report such behaviour to the Chairman, and they responded by simply forwarding the entire email to the relevant MP.

There has even been a recent event where a serving Chairman has been directly involved in bullying of their own constituent.

It is long past time for the Conservative Party to take bullying seriously. There should be an independent inquiry into how bullying complaints have been handled under Cameron’s leadership, and the public should be consulted as part of the process because there are likely to be many incidents that went unrecorded. This is the only way to determine the scale of the problem and the shortfalls of the system in place before recommendations are made for improvements that are long overdue.

I urge you to sign this petition in support of this proposed action, and share it with your friends.

Political leaders generally need to be more aware of what can go wrong when passions run high. The Conservative Party leader specifically needs to take responsibility for repeated failures to address the resulting problems under their leadership.