Proof: Mike Chambers is directly responsible for the ‘paedo’ claims

For those who came in late: The Learning & Skills Council harbours paedo-scum

You may remember this little adventure with Dennis Paul and Mike Chambers from October 17, 2005. Following that adventure, Mike got busy on the University of Surrey Student Union (USSU) discussion boards declaring; “Chris Ward is unfit to be Editor” (of Barefacts; the publication that dared to point out that Anne Milton declined to meet student members of her electorate at a freshers’ fayre after the election, when she seemed awfully keen to attend many a freshers’ fayre before the election).

Sadly for Mike, his fearless Tory-campaigning has never been popular on these boards, and his name has been M.U.D. in this online community ever since I busted him for posing as an ordinary member of the public on Anne Milton’s literature. After roughly four posts (one of which has since been deleted following a disastrous attempt at being funny), Mike was forced to leave the USSU boards with his tail between his legs… on October 20, 2005.

On October 31, 2005 a new member joined the USSU board; davidjones.

You can see a post here where ‘davidjones’ lays into Chris Ward with claims of political bias… just as Mike Chambers was fond of doing. By following links in that profile, you can also see posts signed off with the nickname ‘stereo’ and the photo in the Jonesy profile is named ‘stereossonthepulllook.jpg’ (“Stereo’s on the pull; look!”) and… and… and…

OK, and here I must admit that…. this entire pre-amble has been a shameless tease.

[Mike, I know you’re reading this, and I know that up until now you’ve held fast to a dim hope that I was 100% reliant on circumstantial evidence. Sorry, but… you’re screwed, pal!]

You can see just under that post (linked above) a USSU BB Administrator rolling his eyes at the claims of political bias; it turns out he had good reason to.

You can see the profile of that USSU BB Administrator – Ickybod – here. It clearly links to piersonthe.net, the weblog of Piers Karsenbarg. Piers has been contributing to recent posts at Bloggerheads under comments, and he now has the following to share with us:

1. The profile for ‘davidjones’ used to link to the now-infamous ‘Jonesy’ blog; i.e. the weblog that ‘innocently’ aired claims that Liberal Democrat campaigner Chris Ward was a paedophile.

3. And finally… (here comes the slam-dunk) this profile was originally registered using the email address Michael.Chambers@lsc.gov.uk – the work address of Mike Chambers.

This email address was hidden from the public, but not the admin team. An email was sent to Michael.Chambers@lsc.gov.uk pointing out that it was visible in such a way; Mike responded (i.e. proving the email address was valid and used by him to set up this profile) by changing the main email address to davidjones@44london.com and claiming that he had set the profile up “for a friend”….

One of many imaginary friends, I think it’s fair to say. 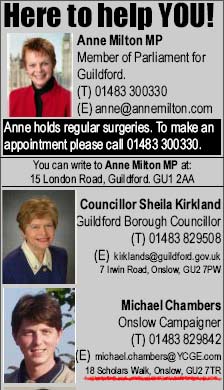 The current WHOIS for 44london.com does not reveal the registrant’s name but I’m sure the WHOIS history will prove to be revealing… not that this data is needed.

No doubt Mike Chambers will fall back on further claims that the blog is the work of ‘a friend’ and/or that Piers Karsenbarg is also a member of a vast Liberal Democrat conspiracy, but – once again – the Learning & Skills Council can verify all of this with a quick check of their HTTP and/or email records.

Up until now, they appear to have been reluctant to do so… but perhaps they’ll change their minds now this has gone public.

[Psst! Mike! Dennis! This is the bit where you start ratting each other out in the hope that you personally will get off lightly. The sooner you start this vital process, the sooner we can all get on with our lives.]

UPDATE (1:20pm) – John has chipped in to point out that 44 London Limited – the company previously named at 44london.com and/or named in a way that only indexing robots could see (thanks Google) – is a real company and is registered at the following address:

Now take a look at this Christmas 2005 pamphlet from local Conservative Councillor Sheila Kirkland (screengrab here and to your right). The address given for Mike Chambers is….

UPDATE (1:37pm) – Doesn’t it strike you as odd that this is normally the kind of thing that Guido and Iain Dale go for… but neither of them have shown the slightest amount of interest? Yeah, me too.

UPDATE (3:33pm) – The ‘davidjones’ profile on the USSU discussion boards has been deleted.

UPDATE (4:50pm) – Oops. Now that the ‘davidjones’ profile has been deleted, the person who created it can no longer delete posts made under that profile… and now – in posts such as this – the system has stopped linking to the profile/website of the user and instead displays a link to the last-known email address for that profile…. davidjones@44london.com (i.e. an email address at a domain name which we know is owned and controlled by a company registered at Mike Chambers’ address).

1. Mike, I’ve been forced to beg you to stop for your own good before… I’m going to do so again now: Mike, *please* stop… you’re really not very good at this and you should give up now to avoid any further damage to yourself and those around you.

2. Can someone from the three organisations/groups who can do something about this please get on with it? Your inaction suggests that you either don’t understand what’s going on, or that you endorse this kind of behaviour. I seek to remind you that further updates to both offending sites were made while you twiddled your thumbs.

Tim is the sole author of Bloggerheads.
View all posts by Tim Ireland →
This entry was posted in Anne Milton. Bookmark the permalink.

One Response to "Proof: Mike Chambers is directly responsible for the ‘paedo’ claims"