Visiting the Camp for Climate Action

I dropped by to visit the Camp for Climate Action with Sunny yesterday. A short photo report follows below the fold. 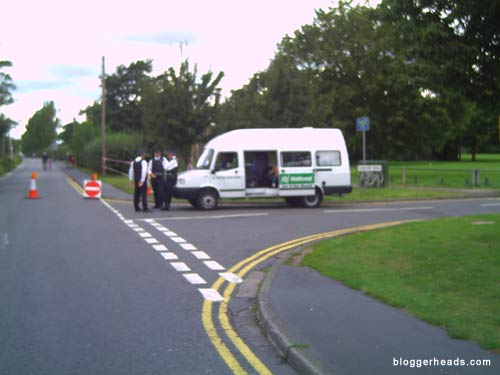 The entrance to the Forbidden Zone at the (new) end of Sipson Lane. 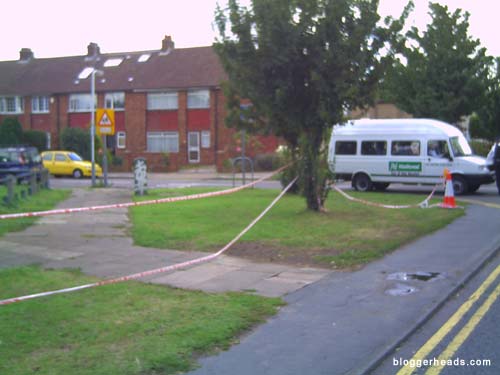 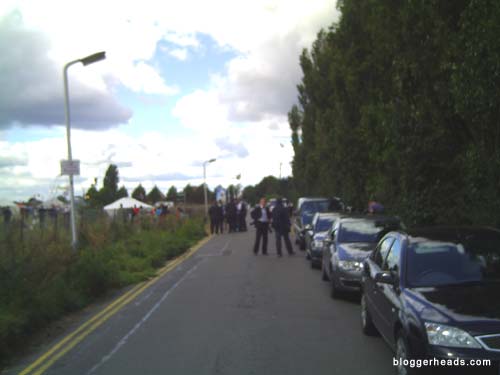 The line of shiny cars used by the media, many of which had their engines running. Just out of shot is a whopping great broadcast van, also with its engine/generator running. 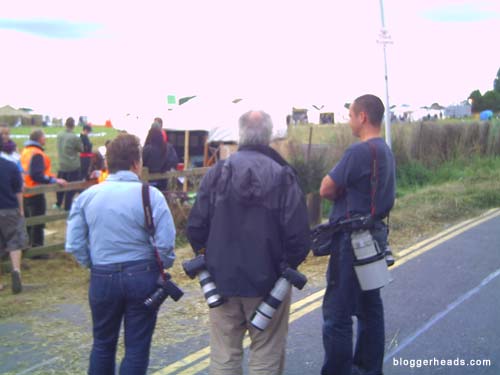 For some reason, (*cough*) representatives of the media were treated with distrust and were not allowed inside the camp. Sunny and I introduced ourselves as bloggers and asked if we were welcome and if we would be allowed to take pictures; we were made welcome but were warned that we should ask permission before taking anyone’s picture. I simply avoided taking pictures of people… 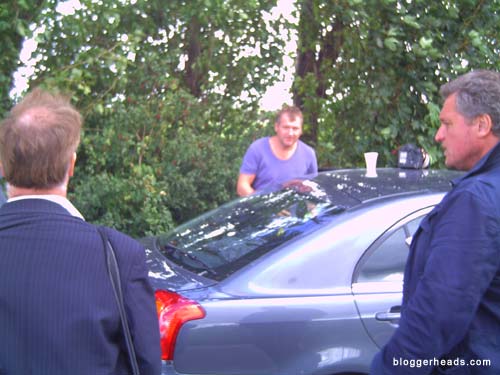 … because, as it turns out, sometimes even members of the media object to having their photo taken. 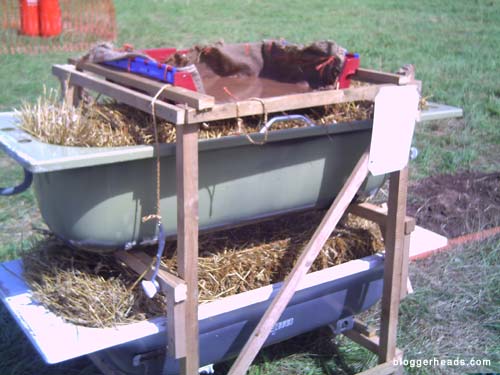 Instead, here is a picture of a grey-water treatment plant. An installation typical of the approach throughout the camp, with everybody trying to minimise their impact on the environment. 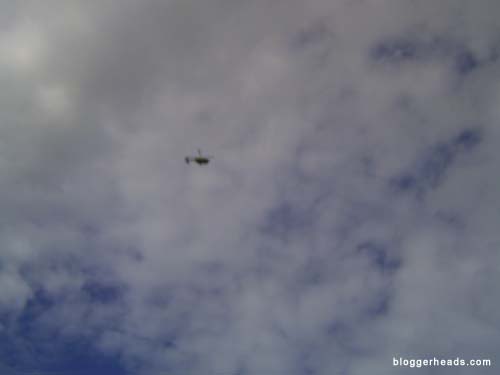 Meanwhile, the police and the media carried on unwittingly (one hopes) antagonising the campers. This police helicopter did laps of the camp for well over an hour. Sunny and I sat in on one of a series of workshops, and the constant buzzing of the chopper was very distracting. Often, you had to stop talking and wait for it to move further away before you could be heard. I watched several people do this and give the helicopter a look that most of us reserve for the bastard wasps… odds are they spared a thought for the carbon footprint of the flying beastie. 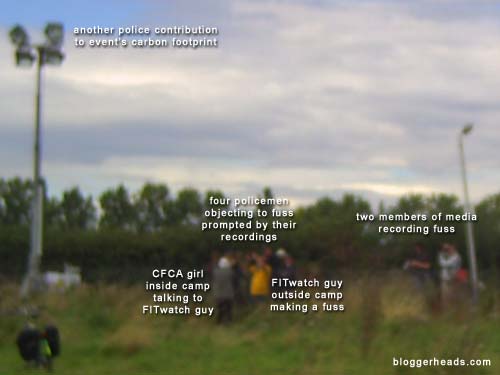 The police were also taking pictures of people taking part in the camp, which is an intimidating tactic that I’ve always disliked… especially when (a) they don’t like it up ’em and (b) they’d be the first to feel my collar if I started taking photos anywhere near children, as they were doing repeatedly at this event. As Sunny and I were leaving, we saw what I later discovered was a member of FITwatch objecting to this treatment. As this photo shows, representatives of the media saw fit to get multiple close-ups of the man who objects to photography being used as a form of intimidation. 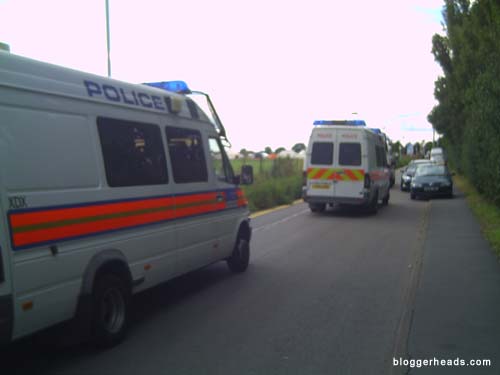 These three police vans (each chock-full of police) arrived just as we were heading back down Sipson Lane (and back to ‘the system’). I assumed they didn’t need all of those police to arrest the one guy who objected to having his picture taken again and again and again…. but perhaps the police wished to show off their unique sense of humour and respond by arresting him again and again and again. Or maybe, just maybe, that helicopter was actually doing something important and the police were about to move in on one of those terrists we keep hearing about about in the news. They hide behind placards, you know…

Tim is the sole author of Bloggerheads.
View all posts by Tim Ireland →
This entry was posted in Consume!. Bookmark the permalink.