Below is a table of recent expenses claimed by Nadine Dorries for staffing classified as ‘Professional Services’. Previous to this, such claims have been reported as payments for “PR, research and media services” conducted by her close friend, Lynn Elson, operating under the company name Marketing Management Midlands Ltd (more), and seeing as Dorries is an often-hysterical liar likely to misinterpret if not deliberately distort any attempt to confirm/clarify this point, I’m simply going to take it was read that nothing has changed since the 2010 election.

1. Note the total; £17,625 over 6 months. This far exceeds any similar expenditure from any MP I’m aware of. The challenge is on; can anyone find any MP who spends as much on PR as Dorries apparently does?

2. Again on the total of £17,625 over 6 months; some people are lucky to earn this amount of money in a year, never mind 6 months. Does this company do any substantial marketing work for anybody else? Assuming that Lynn Elson is still the sole worker/director in this PR company and all this money is going though her two-bit operation, does she need to?

3. Judging by the abbreviated accounts for the years prior to these claims, Lynn Elson’s company Marketing Management Midlands Ltd (Companies House Number: 03827061) really doesn’t do much business at all. In fact, I would think it is fair to ask if the business could exist/survive at all without regular payments from Nadine Dorries: 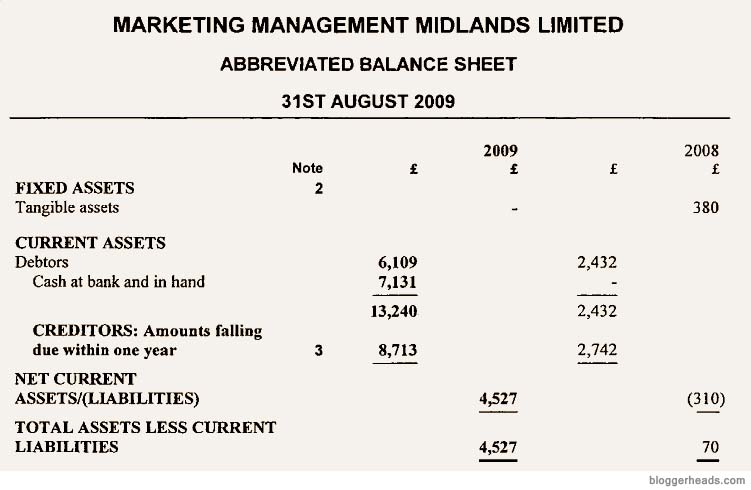 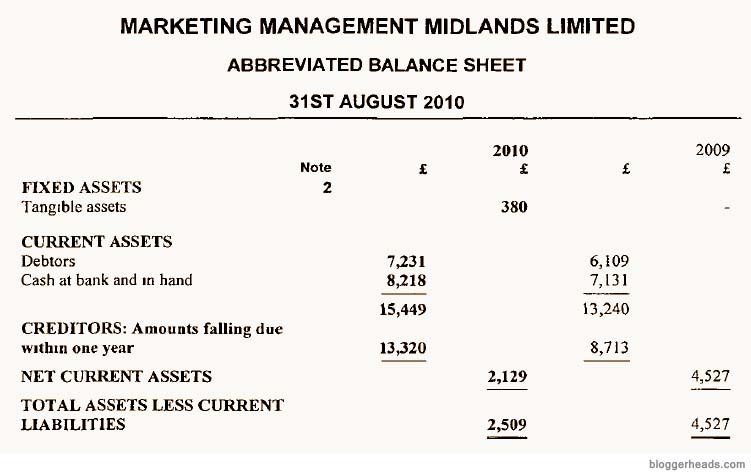 4. Lynn Elson of Marketing Management Midlands Ltd certainly doesn’t feel the need to advertise her services with a website, which most providers of this type of service would regard to be a minimum requirement.

5. Marketing Management Midlands Ltd also appears to be run from a residential property. I would be more precise with the details, but I am currently hampered by Nadine’s propensity to fly off the handle about things like this. Of course, this wouldn’t be an issue at all if Dorries was paying these large amounts of money to a professional firm with proper offices, instead of a close friend making calls from her kitchen.

6. The first of the 5 payments of £3,525.00 is dated 11/05/2010, but Dorries was not an MP during the election that took place that month (i.e. she was a candidate from 06/04/2010 to 06/05/2010). Is this payment for services before the election, during the election, or in the 5 days after the election? Yes, I realise incumbents often continue to serve their constituents as best they can while officially classified as candidates, but if this expense arose from marketing, promotion or even research during the election period, there are some serious questions to be asked about how appropriate this claim is.

7. Prior to a belated complaint to police about my attendance at a public meeting, Dorries does not appear to have made a formal report to police about my conduct, and instead has repeatedly attempted to portray me as a stalker and danger to others in an ongoing trial-by-media. This process has involved several carefully coordinated media leaks, releases and appearances. How much of Nadine’s marketing/PR expenditure relates to this ongoing smear campaign, and if there is any expenditure of this type, is it right that the taxpayer should foot the bill for this all-too-personal vendetta of hers?

8. A similar question arises about expenses claims themselves. In late 2010, Dorries was forced to go on a PR blitz when it was revealed that she had lied to her constituents about her living arrangements. How much of this expenses claim relates to her attempts to stave off public criticism following the Commissioner’s report into her previous expenses claims?

UPDATE (6:30pm) – I have now confirmed that this expense was claimed/classified as “Research and media services”. At present, because the receipts have not been published, it is not certain that Dorries is still making these payments to her close friend Lynn Elson, or to/through an alternative provider. Perhaps someone would care to ask her. If I do, she’ll just use that as an excuse to go off her nut again.

UPDATE (6:45pm) – Confirmed: the address Lynn Elson’s company is registered under is also her residential address. I certainly won’t publish/publicise it, though. Not only would Dorries have kittens, but I’m not a total cloaca like some of Dorries’ supporters who use sensitive data like this carelessly and/or as a method of intimidation (see: Iain Dale and Phil Hendren).