About those ‘secret fire ceremonies’…

Well, I managed to keep that secret for over two years, but the jig was up this morning after one of the lads started tweeting at me last night.

[No harm done, mate. It was bound to happen sooner or later, and I should have been clearer about the need for discretion.]

Ladies and gentlemen, boys and girls, for many, many years in my youth I was active in the Scout movement in Australia, and for the past couple of years I have been volunteering as an Assistant Scout Leader here in the UK. 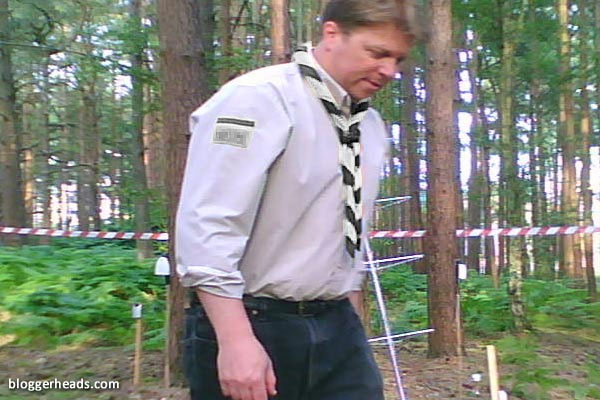 Pardon any of the boring bits in the following. There are some people who will seek to exploit this information for political reasons, as you are probably aware. And we begin on that note…

1. This is why smears by certain Conservatives have been such a cause for alarm. I’m sure I do not need to explain why. It is also a major reason why I am so disappointed in my two local MPs (Anne Milton and Jeremy Hunt) who do know about this and have had it in their power this whole time to reign in their activists (if not their fellow MPs), but have instead chosen to dole out generic and unhelpful advice like “call the police if you have a problem” (Hunt). I am beginning to doubt their commitment to this Big Society concept they’ve been pushing. Or maybe they’d rather I wasn’t part of it.

2. Yes, this is what all those secret fire ceremonies were about. Now you know.

3. It’s also where I disappear to for extended periods each summer. Hey, why lie on a beach when you can dig a latrine?

4. It’s not an ultra-secret. There are even some fellow leaders in my Twitter stream. I met one at a local hustings. (No, not that one.)

5. Can I please ask that we all try to be discreet about the name/location of the troop? Mainly for the sake of other peoples’ privacy. Thanks.

(Note: I’ve greyed-out my ‘gang colours’ in the above picture for this very reason.)

6. Like most people in my position, I will be referring to myself as a ‘scout leader’ most of the time. I ask you to take this for what it is; shorthand. In any troop there can only be one Leader (kind of like Highlander, but with smaller blades and a fold-out can opener) so my official title is ‘Assistant Scout Leader’, but to most people outside the movement this sounds like I’m wearing a pair of training wheels or something, which is probably why so many people use the ‘shorthand’ version. As I plan to. I know it may seem ridiculous to most, but I need this paragraph to head off any pathetic ‘exposé’ regarding my credentials.

7. Some of you will obviously have questions about my being an agnostic. I can think of at least one woman who will want to shout that question from the rooftops as if it is of critical importance. I would like to take the time to articulate my position on this later, but for now, all you need to know is that the Scout Association in the UK acknowledges the difference between an agnostic and an atheist, and they do (quietly) recognise that a skeptic has a valid role to play in the spiritual development of our youth (more). It is a matter I’m happy to discuss, but I wish to take care about what I publish so I can further the progress that’s already been made, without rushing the issue.

8. Our movement needs leaders. (This means YOU, John Q. Skeptic.) I have been hoarding documentation of some really fun projects I’ve been working on, so now the secret is out and there’s no going back, you can expect me to start blogging some of the detail very soon, and being very noisy on the recruitment front in the process.

9. But don’t expect to see any ‘human shield’ photos on this blog. I will be blogging detail about the activities I’m been putting together, not the scouts themselves.

Cheers all. ‘ Dyb dyb dyb’ and all that.

Tim is the sole author of Bloggerheads.
View all posts by Tim Ireland →
This entry was posted in Scouting. Bookmark the permalink.

10 Responses to "About those ‘secret fire ceremonies’…"