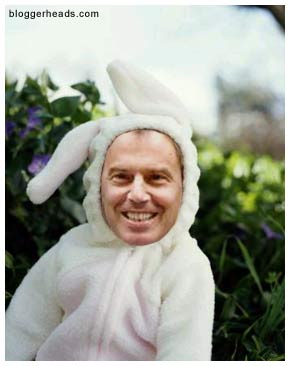 ... I just have a problem with the company he keeps.
(This image is also available as a blank A4 poster.) 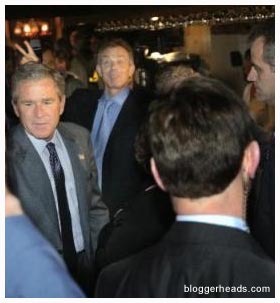 Still, he does have a rebellious side. 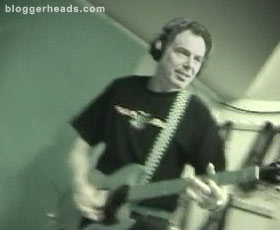 In fact, by night he's a rock'n'roll celebrity SUPERSTAR! 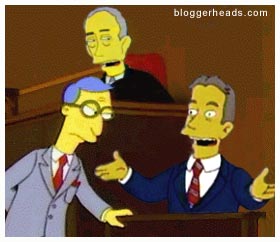 He even managed to make time for the Iraq war, the Hutton Inquiry and an appearance on The Simpsons. 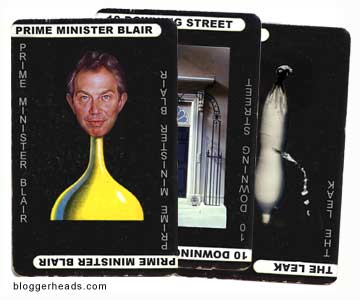 Speaking of such things, here is the death of Dr David Kelly explained in one simple image. 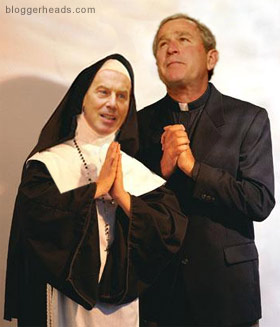 Considering how much he got away with, you just know that God is on his side.
(This image is also available as a branded A4 poster.) 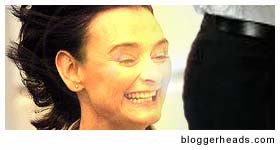 In fact, there are many who think he can do no wrong.


Me, I can't wait until they strap his arse to a long-range missile.

Then he can spend his retirement doing what he does best. 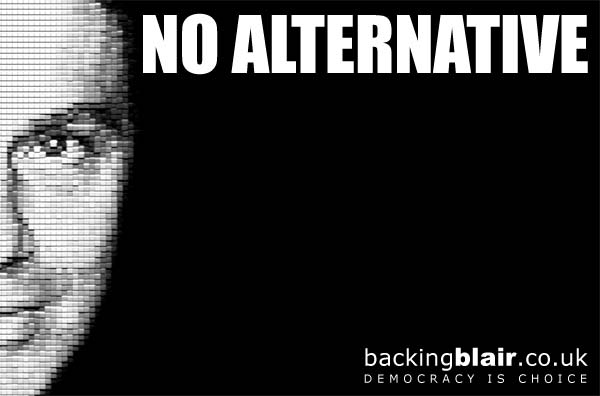 The main poster. More can be seen here. See the 48-sheet poster-van in action here. 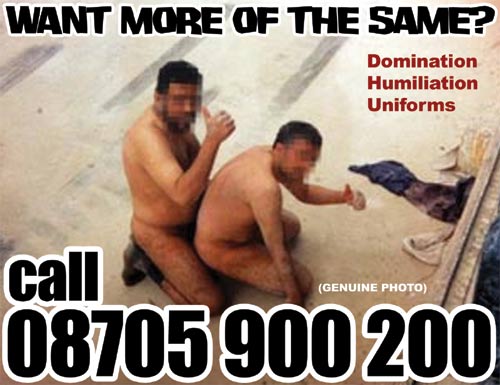 Special tart-cards were created for the campaign and distributed across London.

In November 2005, the campaign continued as we burned Blair in effigy.

We also released some new animations, including Not Over By A Long Shot and The World According To Leo Blair. 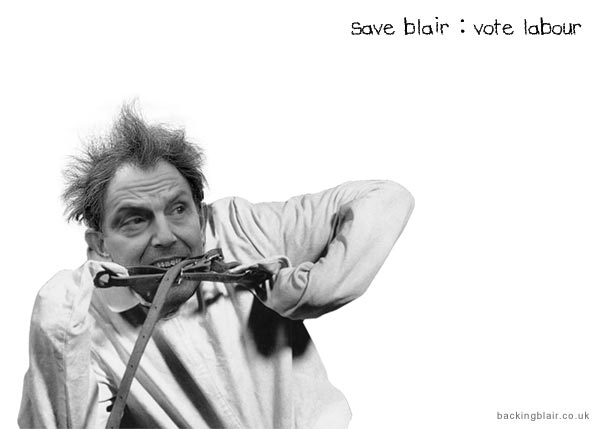 In 2006, we had a special message for those voting in the local elections.

By 2007, it was (finally) time for a handmade and heartfelt farewell.

Get in touch via Bloggerheads.

This site should display correctly in most browsers at a range of monitor resolutions.